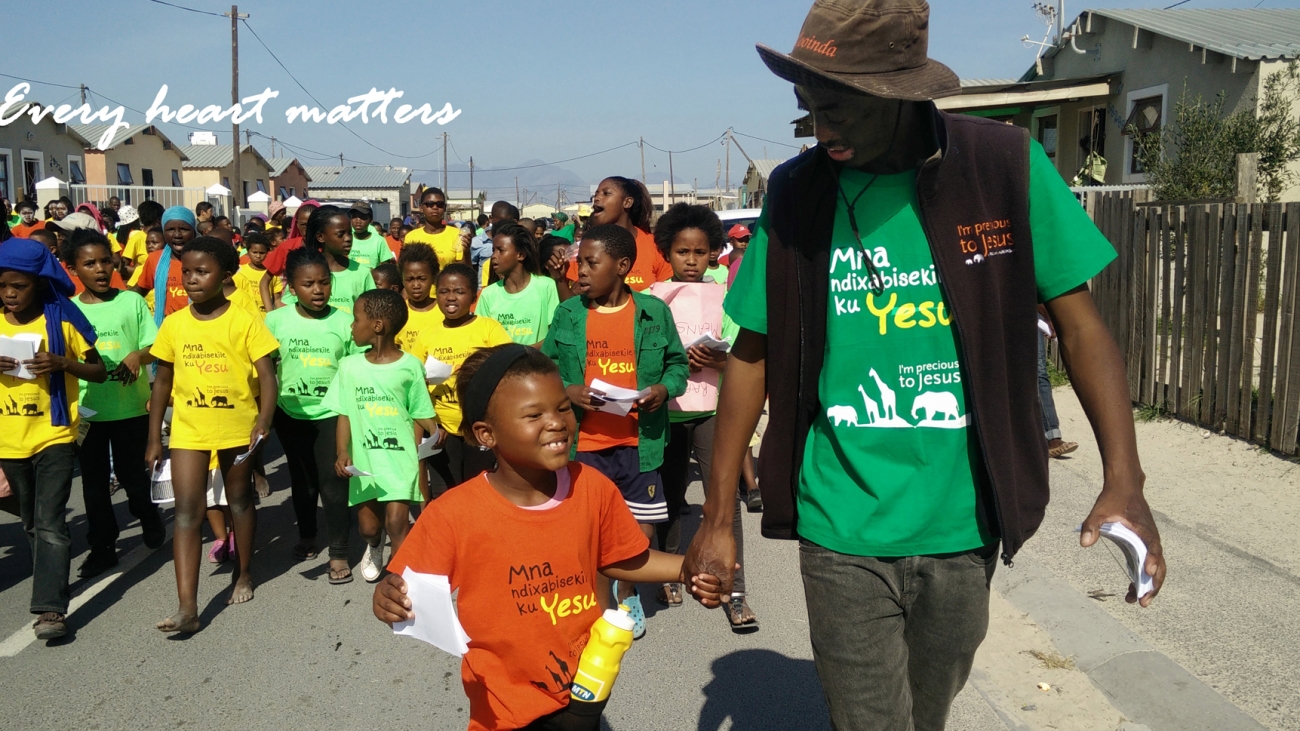 Community members and children came out singing toyi Toyi songs. Toyi Toyi is a South African dance that is used to intimidate during political protests. Many came out waiving banners and posters saying “Stop to rape, our rights and justice.” The community leaders came to us asking, “What are we going to do?” Since there were many incidents of rape, it was understandable that the crowd was angry and empowering victims meant helping them to fight back and to punish the perpetrators.

We sat everyone down and asked them.
“If someone was coming to rape or hurt you and you held up the sign you have in your hand now, would that person stop?”
“…No!” they shouted after a short pause.
“Then why do you waste your time with something that doesn’t work?”
I continued, “The reason they are hurting you is that they do not know how precious you are to Jesus. Also, they don’t know that they too are precious to Jesus when they do such things. Today, we are not looking for the people who raped us, but the good people who would stand up together with us. Let’s sing the songs of love instead of singing hatred.”

“I love that the chinas said we must sing a church song and we must not sing a rude song…” from a thank you note of a 10 year old girl.